An emergent disease is one that is either new or has recently returned as a problem. 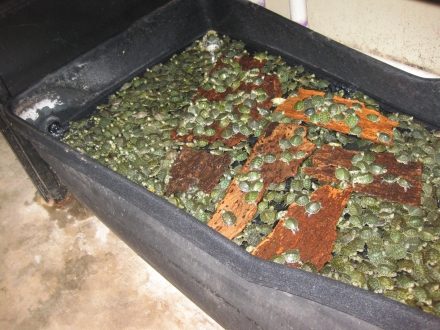 Selling baby turtles as exotic pets has been banned in the USA, Canada and other countries due to public health risks. Yet America exports millions each year around the world spreading disease. (Photo courtesy of People for the Ethical Treatment of Animals.)

‘Epidemiology’ refers to the study of disease in a population, and is a large and highly relevant part of EDF’s interests.

The ‘encroachment’ by humans into formerly isolated regions where novel microbes and other parasites thrive may result not only in severe illness and death, but also in spreading infection widely throughout a population, creating an epidemic.