Natural balance, and the lack of it 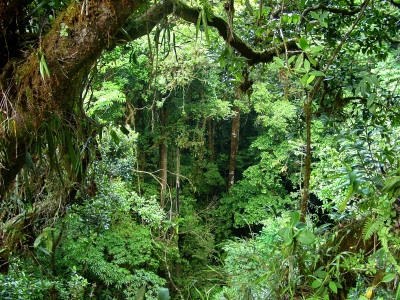 Tropical rainforests are just one of the many remote habitats now readily accessible to the human traveler. Rainforests are home to a huge diversity of life-forms, and a vast array of microbes. Popular awareness of possible pathogens in remote regions has not kept up with our ability to visit these areas.

Nature has divided the world into countless areas, each with their own biotic (life-based) and abiotic (environment-based) factors. Together, these are called ‘ecological systems’ or ‘ecosystems’. Some ecosystems are huge and involve the entire planet and indeed beyond to the Sun and further still. Generally speaking, however, when we talk of ecosystems we are referring to a piece of our world where microbes, larger animals and plants, as well as the general environment have evolved together and reached an organized, workable, balance.

Different life-forms include different microbes. Microbes include eg viruses, bacteria, fungi, prions, and microparasites. Other invaders include ‘macroparasites’ like intestinal worms, lung worms, and many similar forms. Some of these microbes can be essential to the health of those animals and plants they invade, such as ‘good bacteria’ in a gut! Others cause disease, but only limited disease - ie the invaded animal or plant goes on living - a kind of mini ecosystem of its own.

Unfortunately, where animals (including humans) and microbes have not evolved together, differences in the animal’s or plant’s immune system and the microbes in that region are often significant - the balance isn’t right and the animal or plant lacks the right resistance. The otherwise normal presence of microbes and larger parasites in an animal or plant and the associated balance, or relatively limited disease, may go ‘out the window’ and instead result in major infection or infestation that uncharacteristically and virulently spreads through the population.